FAA rule 101 governs launch and operation of unmanned free balloons. In a nutshell, balloon is exempt from FAA rules if:

HAB-1 was exempt from FAA regulations. Pretty much I did’t need anyone’s approval nor notify anyone about the launch.

However, for everyone’s safety, I took this project beyond FAA requirements:

After a few weeks, I came up with three launch sites (marked in asterisks) and desired flight paths (marked in arrows). Final launch location depended on wind pattern on the launch day, 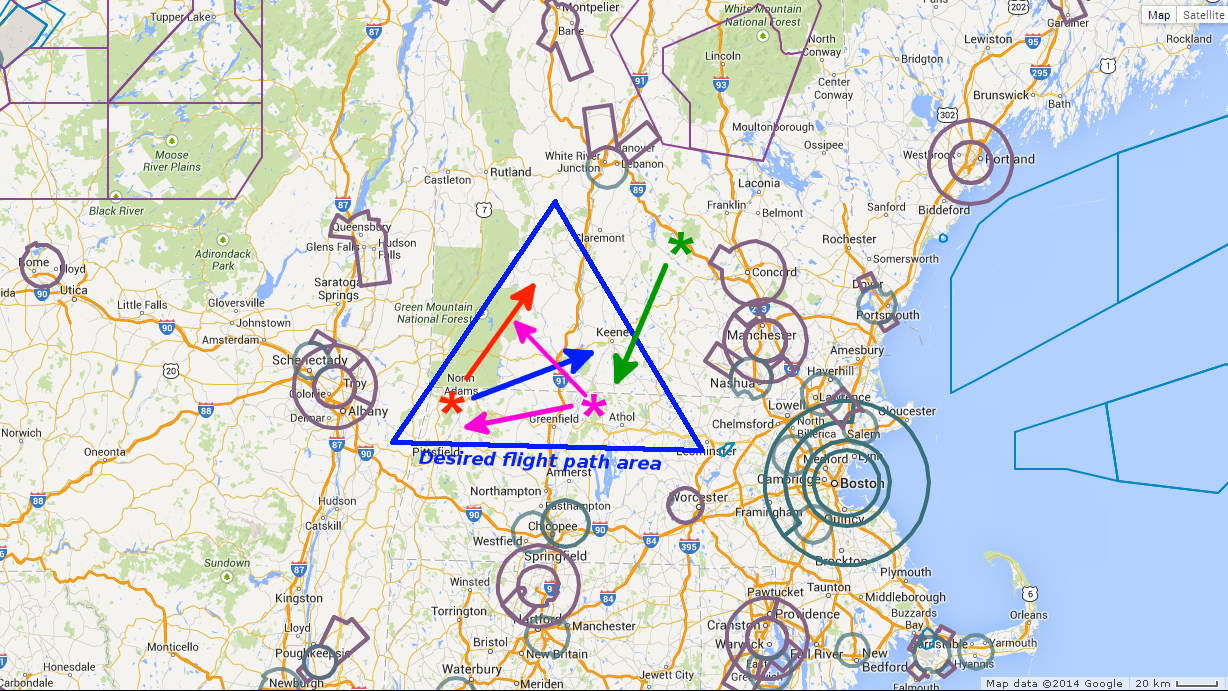 I think of travel in terms of cities, landmarks, and highways. Pilots and air traffic controllers think in airports and Nav-Aids. Knowing the right language makes working with FAA an easier task.

Before calling FAA, I prepared the following:

Then I called Lockheed-Martin NOTAM Filing Service. It took less than 10 minutes to file it. I looked it up on FAA NOTAM search there it was:

I called Boston ARTCC and gave them the same information.

I called Albany ATCT and gave them the same information, and was told to call them one more time, 30 minutes before the launch.