To shoot high-quality pictures, we launched Canon XS camera with Canon 24mm f/2.8 STM lens. Camera’s shutter release was connected to sensor board, which triggered it every five seconds.

Power: with manual focus and LCD turned off, standard LP-E5 battery pack delivered ~3,500 shots. (Canon claims only 600 shots in its specification – but I guess auto-focus and LCD are real power hogs).

Focus: Using Canon EOS utility and Remove Live View, I manually focused the lens on infinity (a tree far away). Once the lens was focused perfectly, I taped focus ring in place. To prevent front lens element from moving, I applied a few drops of hot glue between front element and lens body.

Triggering: camera’s remote shutter release was connected with a cable to sensor board, which “pushed the button” every 5 seconds.

As a backup, I used Canon A1100is camera – the same one as in previous launch. The camera was “hacked” with CHDK and ran a script to take a picture every 5 seconds. You can read more about it on this page. 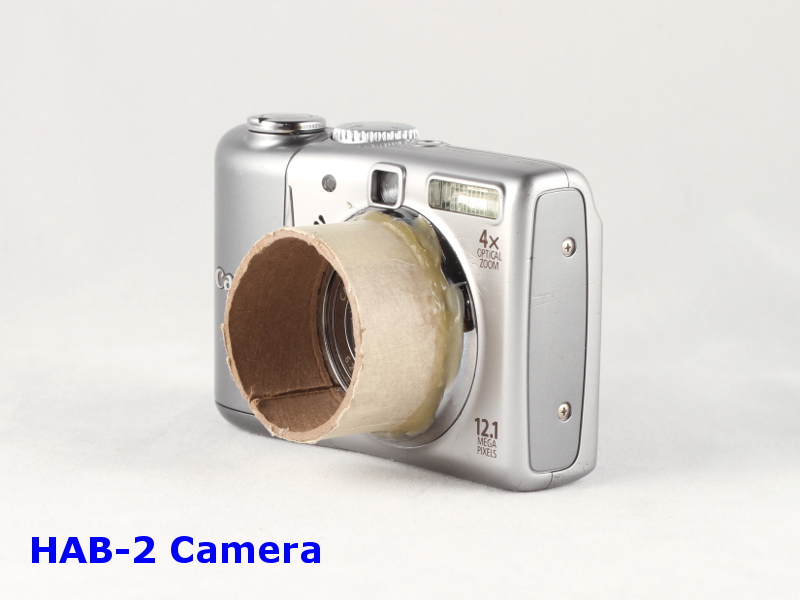 Focus: Specifically on this model, CHDK had difficulty overriding focus to infinity. As a workaround, camera had to point to far-standing trees during power-up: when CHDK started, camera would focus on infinity and CHDK would lock the focus at that position.

Settings: same as on this page.

Triggering: CHDK script can be downloaded from GitHub.

For video footage, I used 808 #16 Micro Camera. It’s an amazing piece of electronics, which weights half an ounce and shoots 720p video of excellent quality. (beware: there are a lot of cheap knock-offs; mine is from this eBay seller). 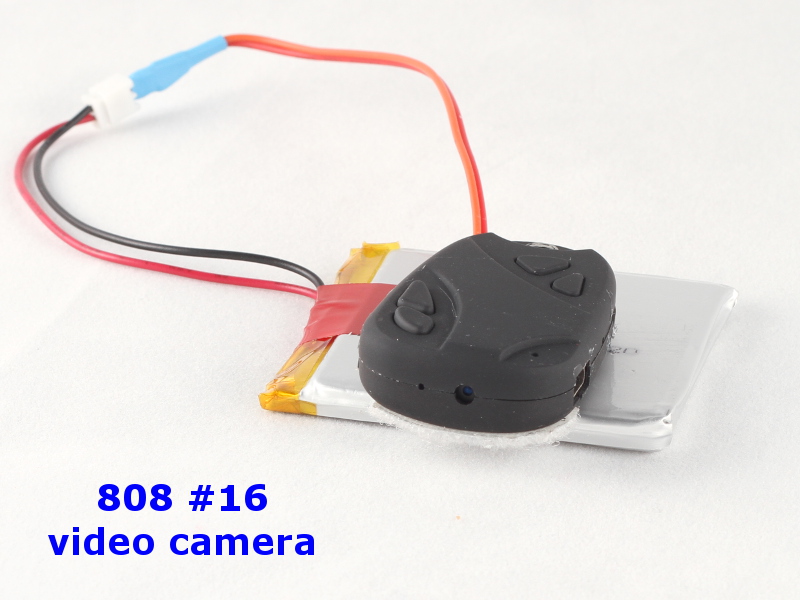 Power: I removed built-in 250mAh battery from the camera, and soldered an extension wire to 2,000mAh LiPo battery. With larger battery, camera could shoot over 2 hours of video before depleting the battery. Camera would get quite hot after prolonged use.