I’m lucky to have one of the last kits from BaddAzz Rocketry – Defender MkIII. It’s a 54mm  fiberglass rocket with 38mm motor mount and the coolest nose cone and fins I’ve ever seen. 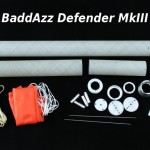 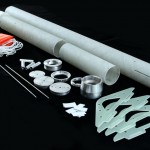 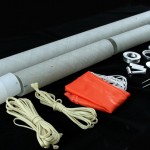 Centering ring is made of aluminum and has four pre-drilled, threaded holes. Airframe has four holes as well. I took the centering ring, pushed it into the airframe, aligned the holes, and fixed it with four screws: three short screws and a longer screw with a rail button on it. To prevent screws from ever coming out, I put some epoxy on their ends.

Then, I drilled two small holes in the airframe and attached shock cord to the inside of the airframe with two screws. Smeared the area with epoxy and tied the nuts. 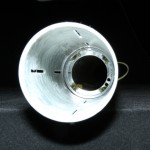 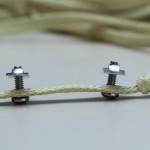 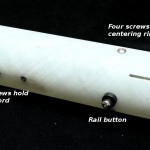 Next, I worked on fins. The kit comes with small plastic pieces – they go through the fin tabs and hold fins in place, like this: 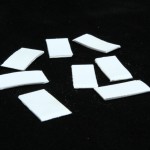 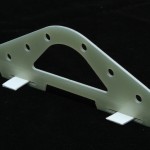 The nice thing about plastic wedges, is that they hold the fins perpendicular to the airframe. No need to align fins with fin guide.

I inserted fins into fin slots of the airframe, inserted the wedges, and covered them with Aeropoxy: 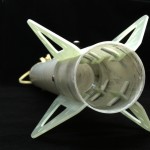 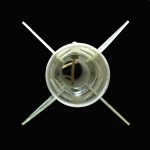 No need for fin guide! 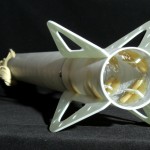 Next step – external fin fillets. First, I masked the fins with painter’s tape. Then, I filled fin fillets with Aeropoxy and lined it with foil, Using wooden dowel, I pressed it against the rocket, forming nice fillet and forcing excess epoxy out. Repeated for remaining fins. 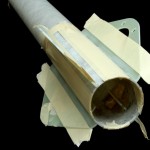 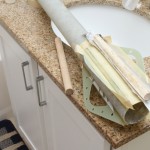 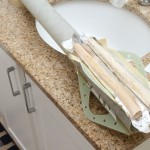 Adding motor retainer was a no-brainer. I inserted it into the airframe and tightened four screws. As usual, I epoxied the ends of the screws to prevent them from coming out. 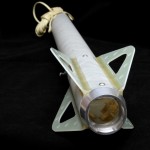 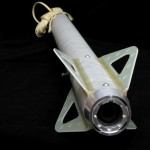 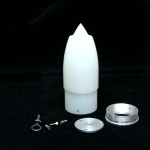 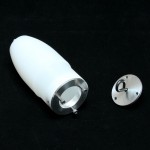 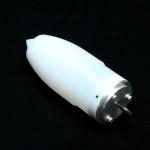 Making AV-bay took another five minutes. I did not use any electronics just yet. 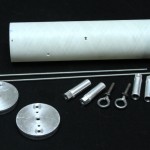 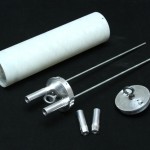 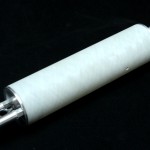 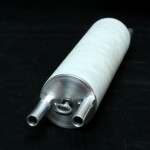 Almost done! I tied double bowline knots at the ends of the shock cord, with a turn of electrical tape to hold the ends. Then, connected all the parts together: 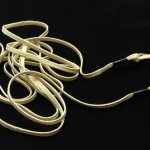 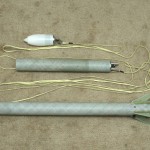 All pieces attached together 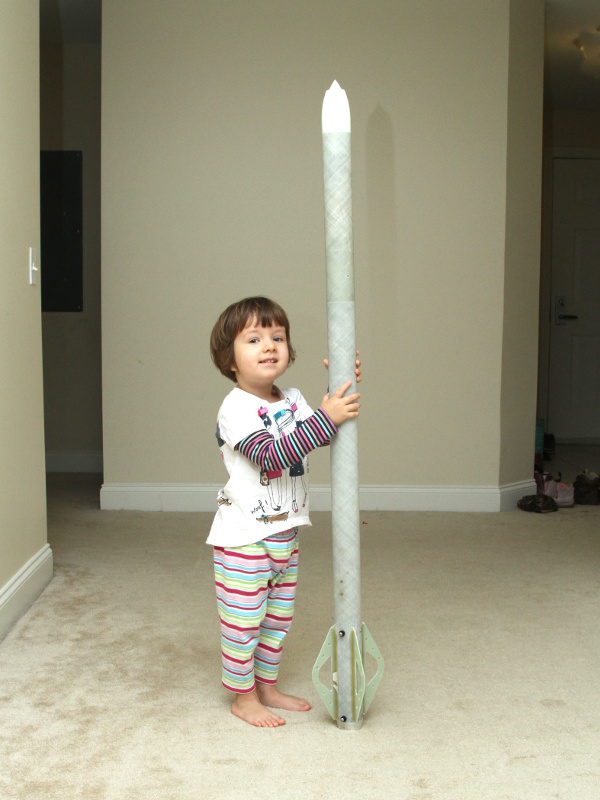 On November 8, 2014, Defender flew its first mission on CTI H-143 “Smoky Sam” motor. Motor deployment with 8-sec delay. The rocket went right up, popped the chute at apogee, and drifted ~1,000 feet from the launch pad. 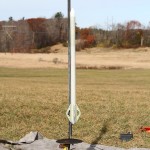 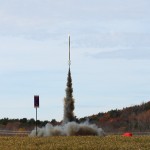 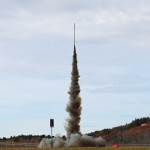 Rocket build will continue – it’s yet to get electronics (and paint) !