For tracking the balloon, I used APRS & GPS as a primary tracker, and radio beacon as a backup.

Byonics APRS tracker learns its position from GPS satellites and re-broadcasts it on 144.39MHz APRS frequency. With the balloon flying at high altitudes, and with powerful 400mW Byonics transmitter, its signal could be heard hundreds miles away by many APRS stations, which relayed telemetry to aprs.fi or spacenear.us, From above Massachusetts, stations as far as in New York, Vermont, Maine and even Canada received balloon’s APRS telemetry. Read more on HAB-1 APRS setup.

Settings: no changes since HAB-1 mission! 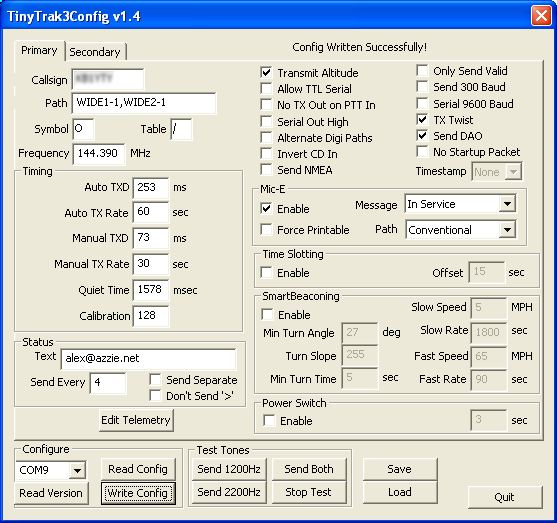 Ground equipment: I changed my iPhone/PocketPacket (and Android/APRSdroid) setup to Yaesu VX-8DR, which has a built-in APRS receiver.

If APRS were to fail, HAB-2 had a backup radio transmitter that could be used to locate the balloon. 100mW BigRedBee broadcast short “beeps”, and even though it did not broadcast exact coordinates, it was possible to triangulate the source of the signal. Read more on HAB-1 mission report.

Power: 2,000mAh LiPo battery powered up the beacon for over a week!

Settings: no changes since HAB-1 mission! One beep every 5 seconds on 438.600MHz frequency at full power. 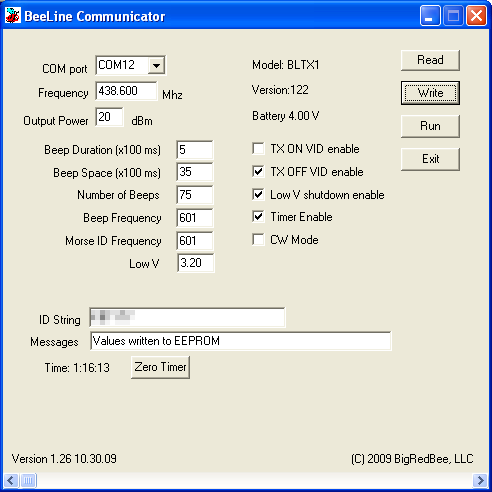 Ground equipment: I got 7-element Yagi antenna from Arrow Antennas. 7 elements provide very good directionality and make it easy to determine signal’s direction with great accuracy. For close range, I also had 4MHz offset attenuator to tune down the signal when necessary.