Despite the fact that HAB-2 was exempt from FAA regulations, I planned the launch with FAA requirements in mind.

Winds in Massachusetts blow predominantly east. We picked a launch site in Vermont, 100+ miles west from the coast, to keep balloon’s flight path away from major airports and Atlantic ocean. 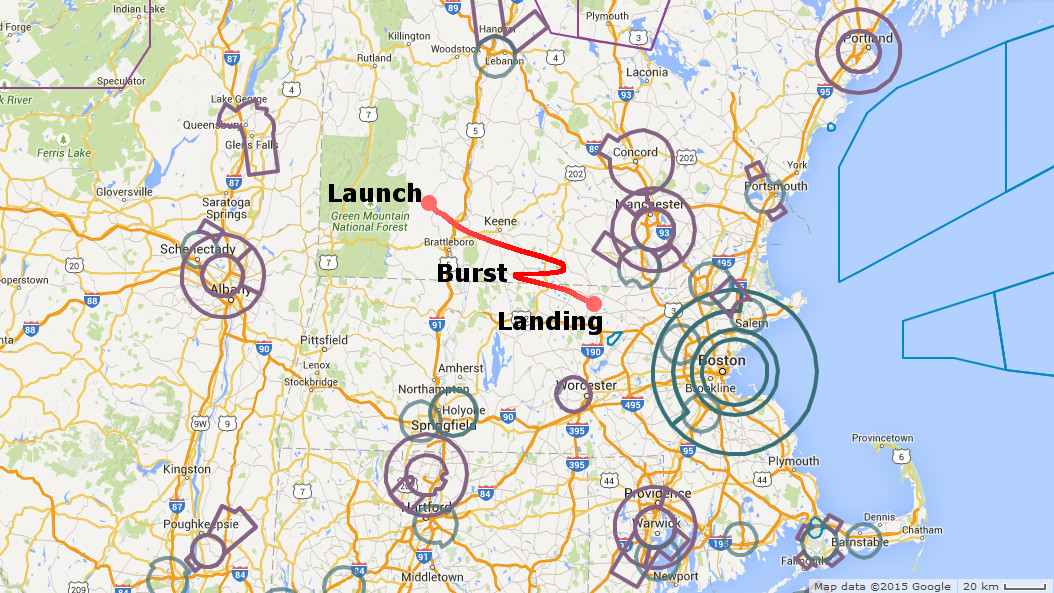 First, I called Lockheed-Martin NOTAM filing service and filed a Notice To Airmen. It is easy to do, if you speak the right lingo – and if you don’t, have a look here and here.

Second, I called Boston Consolidated TRACON, which manages arrivals and departures from Boston Logan airport and dozens of smaller airports in the area.