The purpose of the lift-off sensor is to detect the exact moment the rocket starts to move up the rail or rod.

The sensor has to be precise, safe, and reusable. I went through about 10 different designs: I considered monitoring the launch mass, UV emissions, and light reflection as well as using break-away wire before finally settling on a light sensor with a laser. 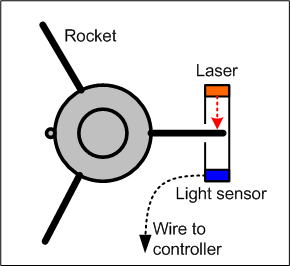 My lift-off sensor is built from a 38 mm body tube with a 2.5 mW laser mounted on one end and a photodiode on the other. The tube has a 2″ opening cut in the middle, while a 1/4″ rod mounts the sensor on a tripod. 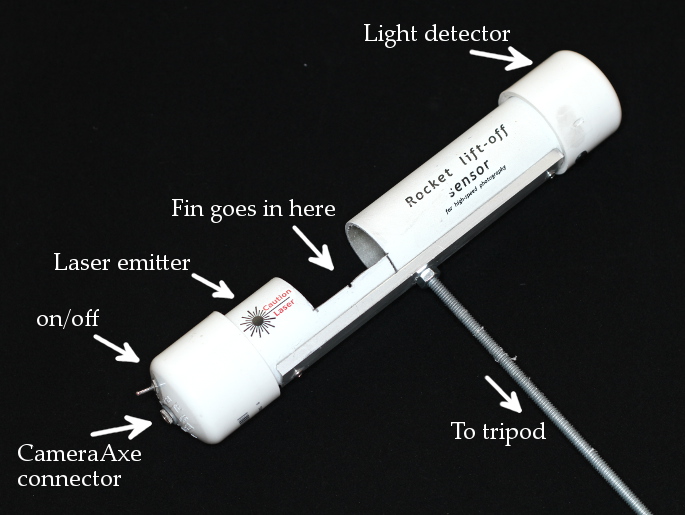 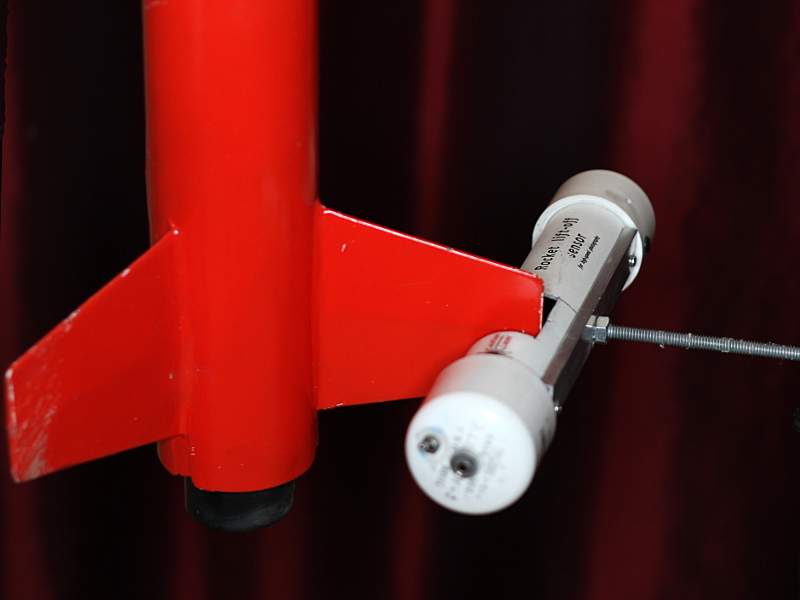