Operating the photo system is fairly simple. In the morning (with the club’s approval), I set up tripods, cameras, the controller, and the sensor near a high-power launch pad.

After the next rocket is prepared for launch, I explain to the rocketeer what I’m doing and with his/her permission I set up the sensor next to the rocket. Everyone likes photos (and word “laser” somehow makes everything credible). After a quick check of the camera’s focus and exposure, the photo system operates on its own and will take the perfect photo when the rocket is launched. 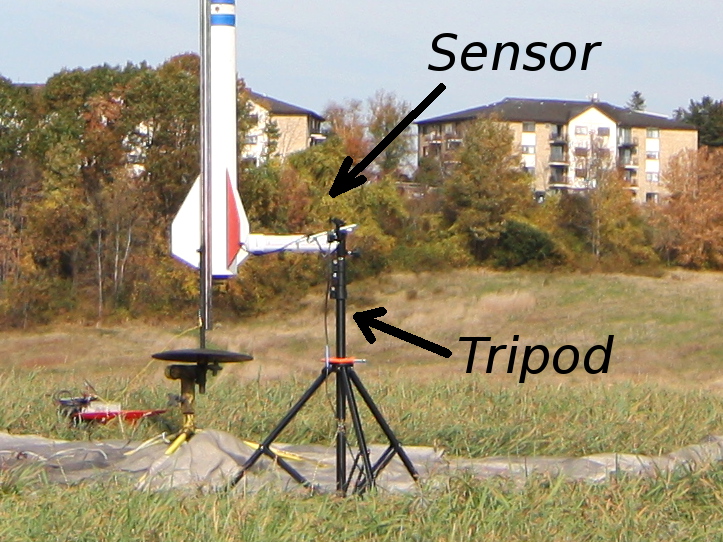 Note that since the CameraAxe and camera operate autonomously, they are not bound by spectator safety distance. The camera can be set up anywhere on the field, or as close to the launch pad as desired, for the best composition and lighting.

Even more possibilities open up when using two cameras, such as photographing the same rocket launch from different angles, using different focal distances, different shutter delays, and so on.